The Association of Photographers Awards

Had a great time time in Lewisham at the Awards meeting with passionate creatives including so many ex students who are now pursuing a range of careers from award winning photographers, highly successful photographers agents, an ex chair of the Association, consultants to the creative industry and so much more. It was so good to be a part of their world and hearing so many positive stories.  Although John Wilson who told me he was working on the new Star Wars set, and Harrison Ford had been very complimentary about his work, refused to give me a sneak preview of the script! Even using the obligation to his ex-lecturer argument failed to impress him. So I will have to wait for a few months more.

It was also really encouraging to see Fuji’s continued commitment to the awards along with the other sponsors. Fuji,with John at the helm now,  has been a very long term and steadfast support to the profession.

My heartfelt congratulations to the Association and the many award winners. 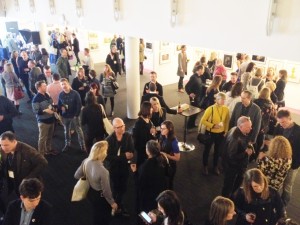